Taking advantage of the ever increasing festive period, Last Christmas is Paul Feig’s attempt at a seasonal twist piece, focusing on where to find the light at a time when darkness often takes hold. Lead by Emilia Clarke, written by Emma Thompson and almost certainly not as clever as it thinks it is,Last Christmas is a common entity, but it definitely offers enough Christmas joy to keep interest and entertainment levels at a suitable point throughout.

After recovering from a serious illness, Kate (Emilia Clarke) seems to have lost all thirst for life and her dreams. Dragging herself through daily life, alienating all those she holds dear, Kate is on the verge of a breakdown. Yet, when she meets Tom (Henry Golding) a bizarre man with no sense of modern living, and a love of the outdoors, Kate begins to see a point in life again, desperate to get herself out of such a terrible rut. 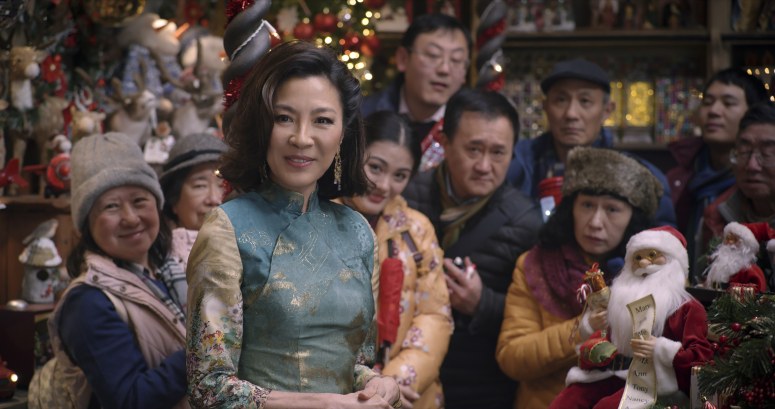 Last Christmas is essentially what it says on its tin. A ball of festive joy, with a secret at its centre, revolving around the previous Christmas. Feig’s direction is fairly straightforward, offering little in the way of ingenuity, but it does the job of supplying the story. It’s a painfully obvious plot, with little in the way of fresh ideas, or new motifs, but it does the job. Last Christmas is a piece created to shock the half involved viewer, and get over the finishing line. It’ll do both of those, but that’s probably not the aspirations any feature should have.

It genuinely seems to lack a love of film, banking on its love of Christmas floating it down the river. Aside from some festive jokes, and a set of engaging characters, there isn’t a huge amount of content to devour from Last Christmas’ arsenal. Just because a piece is festive themed, doesn’t mean it can forget every other responsibility it has as a feature.

Helmed by Clarke, Last Christmas is an easy going piece with heart, but little in the way of direction or impetus. It banks highly on its twist shocking the audience, but if there are those who still haven’t predicted its impending arrival, they’ll only be rolling their eyes after the reveal anyway. It does do what it says on the tin, but the tagline reads: ‘You’ll definitely get the twist before we wanted you to.’